A Parent's Guide to In-Game Purchases 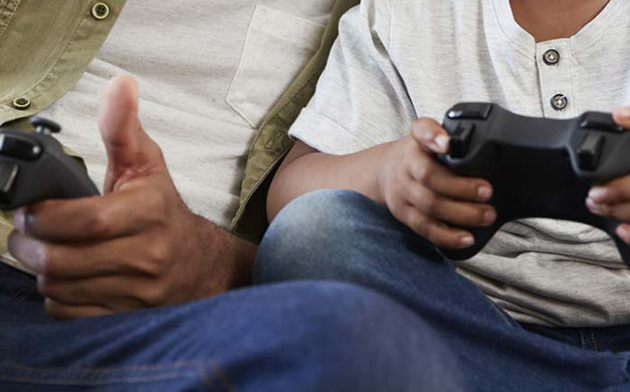 Many games, especially mobile games, are referred to as free-to-play. This can be misleading, as many of these games are free to start playing but will routinely prompt the player to spend money to unlock new features. (This confusion has led some companies, including Nintendo, to push for using the term free-to-start instead.) This can be concerning for parents, especially if their credit card information is saved to their phone or game console.

The Entertainment Software Rating Board (ESRB), the regulatory group for video games in the US, recently announced that they’ll add a new label to help better educate parents. Games that include any possibility of spending money will receive a label on the box that says “in-game purchases.” Critics say the label is too simple, since not all types of in-game purchases are the same. But the ESRB chose its wording deliberately. “Parents need simple information,” said ESRB president Patricia Vance. “We can’t overwhelm them with a lot of detail.”

While the details can certainly feel overwhelming, a basic understanding can go a long way toward helping your kids appreciate the value of a dollar. After all, there’s a big difference between spending $10 on a new toy and spending $10 on a chance to win a new toy.

To help clear things up, we’ve put together this breakdown of the very different types of purchases that can be made “in-game.”

Games that have been around awhile will often release optional updates to keep users interested—and to keep making money. Usually referred to as downloadable content (or DLC), this might include a new area to explore, new characters to play as, or anything else that wasn’t in the original version of the game. These are typically the least sneaky types of in-game purchases, for two reasons. First, there’s a limit on how much you can spend. Secondly, what you see is what you get. So whether you’re spending $20 for dozens of hours of gameplay or 99 cents to give your character a new hat, the cost and the end result are fixed. This is very different from…

In some games, certain content is only accessible by random chance. This is commonly known as a loot box. Instead of buying new content outright, a player can purchase a loot box to receive an unknown reward. That is, there’s no way of knowing what a loot box contains—an item, a costume, a special move—until it’s opened. That element of random chance makes loot boxes a hot topic at the moment. Belgium’s Gaming Commission ruled that these are a form of gambling and wants them banned in Europe. The ESRB’s counter-argument is that since loot boxes always include some reward, they’re not technically gambling. They say it’s more akin to buying a pack of collectible cards. Either way, unlike DLC, loot boxes don’t set a limit on spending (theoretically, you can just keep buying them) and you never know exactly what you’re going to get.

Certain games will offer in-game purchases to give a player an edge, like a car that accelerates a little faster or a weapon that does more damage. These are sometimes derogatorily referred to as pay-to-win game mechanics. These can cause a real problem with multiplayer games, as they put pressure on players to spend more to stay competitive.

Most games operate on some sort of loop. A player overcomes a small challenge for a small reward, then is presented with a bigger challenge for a bigger reward, and so on. Sometimes those challenges are based on skill; other times they require a “grind”: repeating simple tasks to gain points or in-game money that can be traded for rewards. Some of these games, especially ones that are otherwise free-to-play, might encourage players to spend money to skip these repetitive tasks. In effect, these purchases are a way for players to buy back their own time. In games with an addictive loop, these can become some of the riskiest and priciest types of transactions.

Good money management is one of the most valuable gifts you can give to your kids. While the possibility of in-game purchases can be risky, it can also be an opportunity to instill a sense of value and responsible spending. It’s never too early to start those conversations.

For more information, check out the ESRB’s parental tools resource, which includes instructional videos on setting up parental and spending controls for game devices. For iPhones and iPads, Apple offers a similar resource.

P2P Payment Systems: What You Need To Know

Peer-to-peer (P2P) payment systems are changing the way we handle our money. It’s now easier than ever to pay back friends and family.

A student loan forbearance was instituted, and extended multiple times, during the COVID-19 pandemic. Do you pause your federal student loan payments or temporarily make interest-free payments?

The Cost of Going Solar

Solar panels are an increasingly popular way to shrink your carbon footprint and boost your home's efficiency. But how do you cover the upfront cost?