What to Do About Those Annoying Robocalls

Like any cyber virus out there, robocalls have found a way to evolve.

Early on, they were easy to detect and ignore—the calls came from an area code you didn’t recognize. But the scam has become far more sophisticated with the rise of Voice over Internet Protocol (VoIP) dialing and call “spoofing” (faking a phone number). It’s become increasingly difficult to determine what is a robocall and what isn’t. 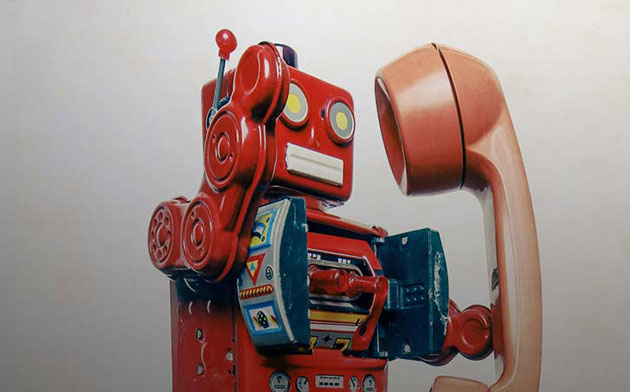 Americans are bombarded by billions of robocalls ever year. In 2017, the Federal Trade Commission approved new rules to block them, but they just keep coming. People are so leery of robocalls these days that only half of all calls to mobile phones are answered.

Read on for the inside scoop on robocalls and what you can do to combat them.

How do they have my number?

Thanks to the internet, scammers and telemarketers can find almost anyone’s phone number. Robocallers also buy numbers from companies or websites that require visitors to submit basic information. Other times, robocallers simply dial thousands of numbers at random, made even easier by VoIP.

Who's on the other end of the line?

Robocalls come in many forms. Sometimes they’ll try to sell you a product or urge you into signing up for a service. Other times, they’ll try to scam you by appearing to represent a government agency, like the IRS.

And then there are the really sneaky ones who greet you with silence on the other end. This is step one of a scheme in which a computer gathers information about you (and thousands of others) to build a list of targets for theft—simply from your answering, “Hello,” or even clearing your throat. This acknowledgement leads to the scammer making a prerecorded call to gather information about your accounts. And if the criminal ring ultimately collects enough information on you, a human calls your financial institution to attempt to take over your account. Scary stuff.

What you can do

You probably won’t be able to stop all robocalls from getting through, but here are a few ways to slow them down:

Robocalls aren’t going anywhere. Even if just a few people are taken in by these scams, the minimal cost of running the calls is more than worth it for the people behind them. But you don’t have to let them take over your life. It’s a constant battle, but preventative measures such as these can certainly help.

Here are a few New Year’s resolution ideas you can stick to for the long haul. We’ve got you covered with a list of realistic (and practical) financial resolutions that will help you save a little more money, stay informed, and plan for your future.

6 Ways to Stay Ahead of Scams, Fraud, and Identity Theft

Identity theft is on the rise. Follow these protective measures to prevent yourself from becoming the next victim.

How to Spot (and Stop) Mortgage Junk Mail

When you finalize the purchase of a home, your information becomes public record—and on comes the junk mail. The good news is there are ways to spot (and stop) mortgage junk mail.