When it comes to the topic of money, it’s not always easy to tell reality from myth—even when you’re expected to be financially independent.

The good news is, it’s never too early (or too late) to learn. Let’s see if you can spot the fact from the fiction. 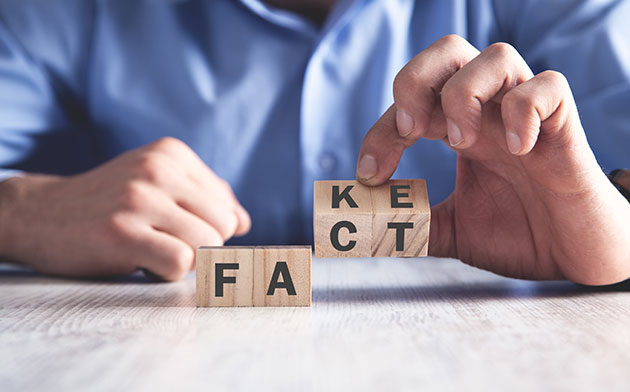 The U.S. dollar is the most commonly used currency in the world.
True. It’s even sometimes considered “the world’s currency".

A budget is a spending plan based on income and expenses.
True. Budgets help you plan your spending and is a tool used for financial planning. Any level of income can benefit from a planned budget.

Paying bills late may lower your credit score.
True. Your payment history is the biggest factor in determining your credit score, so it’s crucial that you pay your bills on time whenever possible.

I’ll have enough time to save money later.
Maybe, but we lean toward False on this one. While it’s never too late to start saving, the sooner the better.

4 Ways To Watch Your Savings Grow

There are a lot of terms out there that deal with "savings." What do they all mean? Gaining an understanding of how terms, like the ones we go over in this glossary, work together will clear a path forward for making the most of your money.

Here are a few New Year’s resolution ideas you can stick to for the long haul. We’ve got you covered with a list of realistic (and practical) financial resolutions that will help you save a little more money, stay informed, and plan for your future.