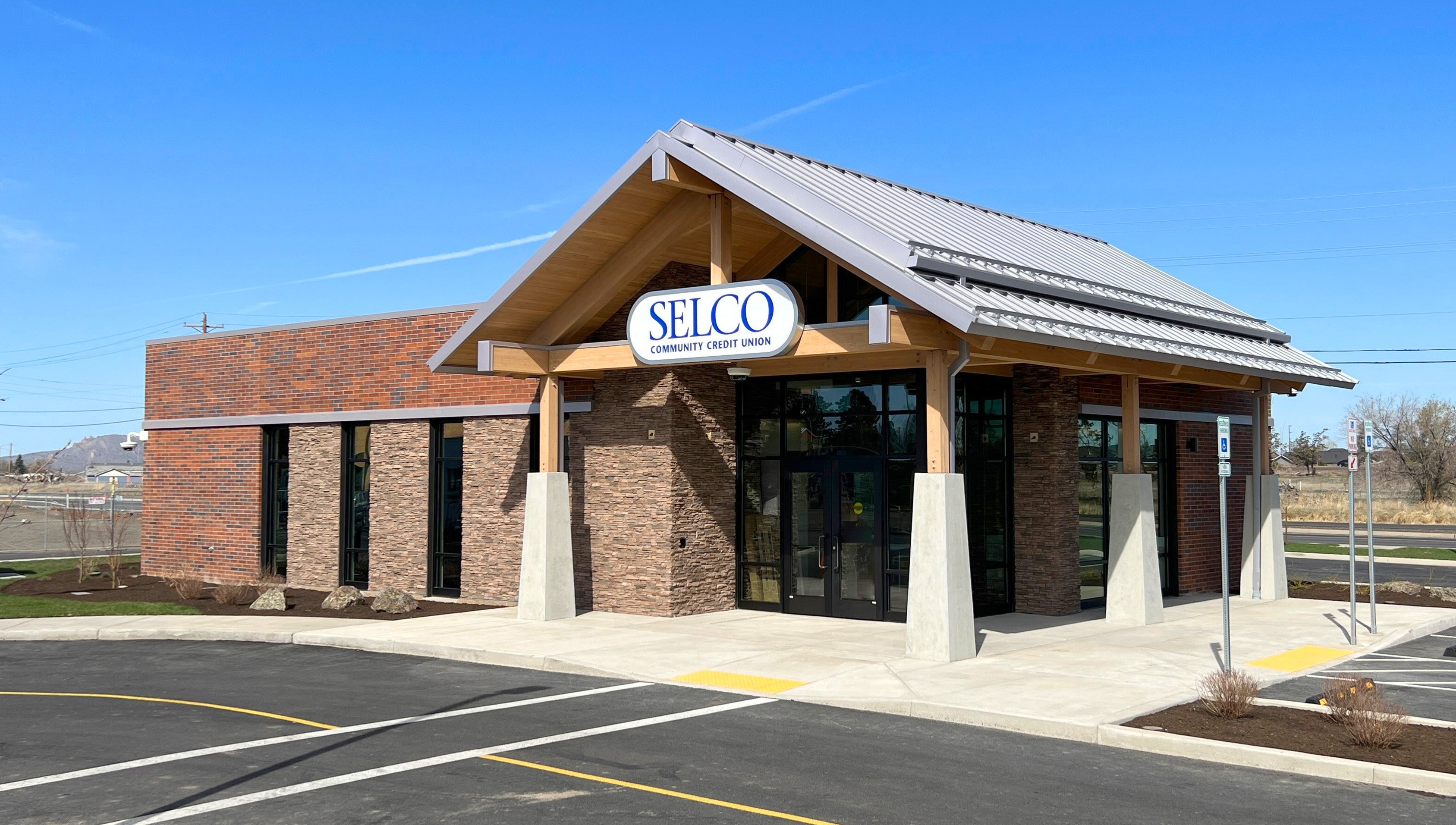 Addition of a second freestanding branch in Redmond provides convenience while bolstering SELCO’s commitment to Redmond; open house scheduled for May 9-13

(REDMOND, Ore.) — SELCO Community Credit Union is doubling down on its commitment to serving members in the growing Redmond market, with the May 9 opening of a new freestanding North Redmond Branch at 255 NW Oak Tree Lane, immediately north of the Walmart Supercenter. SELCO also operates a second freestanding Redmond branch, which opened in 2007, at 825 SW 17th St.

The new location replaces SELCO’s previous limited-service branch, which operated from 2009 to 2020 inside Walmart, fills a growing need for expanded banking services in the Redmond area and beyond, and makes SELCO the only credit union with multiple Redmond branch locations.

“It’s no secret that Redmond is growing quickly. But our community—as well as northern Deschutes, Crook, and Jefferson Counties—has been largely underserved when it comes to banking institutions,” says Tim Dizney, manager of SELCO’s new Redmond location. “We’ve seen other banks and credit unions come and go over the years, but SELCO remains committed to the community we’ve been honored to serve for the past 15 years.”

While consumer banking continues to evolve toward digital services, there is still a strong need to provide the personal touch of a traditional, brick-and-mortar location. Some highlights of the new branch include:

To celebrate the branch opening, as well as SELCO’s milestone 15th anniversary of serving greater Redmond area members, an open house is scheduled for the week of May 9-13 with daily prizes, snacks from local restaurants and bakeries, branch tours, featured nonprofit community partners, and more. Each day, the open house will recognize a different community partner that SELCO supports, including the Redmond Chamber of Commerce (May 9; ribbon cutting at 4 p.m.), Jericho Road (May 10), NeighborImpact (May 11), KIDS Center (May 12), and J Bar J Youth Services (May 13).

“In Redmond, specifically, we know how important in-person banking is to many of our members, which is why SELCO is expanding its presence at a time when other institutions are reducing in-person services or closing branches altogether,” says Dizney. “These are the same members we see at the grocery store, soccer practice, and the park. They are our neighbors, and we owe it to them to provide the banking tools and services they need, including SELCO’s new North Redmond Branch.”

Founded 86 years ago by a group of fiscally minded teachers, Springfield-based SELCO Community Credit Union today serves more than 145,000 members as one of the largest and longstanding Oregon-based credit unions. A not-for-profit, federally insured, member-driven financial cooperative with more than $2.6 billion in assets, SELCO provides its member-owners with exceptional rates and low fees on a full range of financial products and services, including banking, mortgages, personal and business loans, investments, and insurance. Membership is available to anyone who lives or works in one of the 27 Oregon counties SELCO serves. For more information or to become a member today, stop by one of SELCO’s 15 branches, visit selco.org, or call 800-445-4483.

Applications will be accepted Feb. 1-March 31; Annual program will award a total of $52,500 in scholarships (SPRINGFIELD, Ore.) — SELCO Community Credit Union will begin accepting applications on Wednesday, Feb. 1, from high school seniors interested in a share of $52,500 in college scholarships as part of SELCO’s annual scholarship program ....

Henshaw brings over 10 years of experience to her new role (REDMOND) — SELCO Community Credit Union recently promoted Kathleen Henshaw to manager of its West Redmond branch. In this role, Brown will oversee all day-to-day operations at the branch, which is located at 825 SW 17 th St. in Redmond. Henshaw joined SELCO in 2021 as assistant manager ...

Annual program awards grants of up to $1,000 to K-12 educators (SPRINGFIELD, Ore.) — SELCO Community Credit Union announced that it has awarded more than $54,000 to 60 educators at 55 schools across Oregon through its annual SPARK! Creative Learning Grants program. The program, which has long supported teachers who have creative classroom ideas...
Live Chat