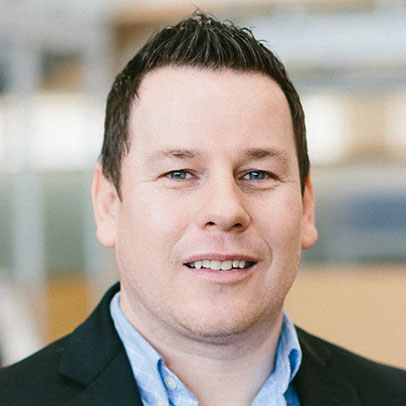 Nick has worked within the financial services industry for 15 years. In his most recent move to Eugene, Oregon, he accepted a position as Vice President of Insurance Services within SELCO Group, a wholly owned subsidiary of SELCO Community Credit Union. Prior to SELCO, Nick worked in various capacities for both Mountain America Credit Union in Utah and her wholly owned subsidiary, Mountain America Financial Services. Nick started his financial services career in retail branches where he worked as a loan officer and branch manager. In the last eight years, Nick has managed various for-profit CUSOs within Mountain America Financial Services, most recently as Vice President of Insurance Services before moving to SELCO.

In 2002, Nick received a B.A. degree with a criminal law major and foreign language minor. In 2007, Nick completed a post-graduate MBA degree with a focus in accounting. Nick served as a volunteer in the Philippines for his church from 1997–1999, where he learned to speak, read, and write in the national language of the Philippines (Tagalog).