CDs have experienced a renaissance of sorts and are well worth a look, with the highest rates in a decade, and SELCO’s among the best anywhere.

The year was 1981. The United States was feeling the sting of two full-blown recessions. Inflation rates hovered around 10–13%, unemployment rose to 10%, and interest rates skyrocketed to 21%. Until the Great Recession of 2008-09, the early ’80s downturn was the worst since the Great Depression. 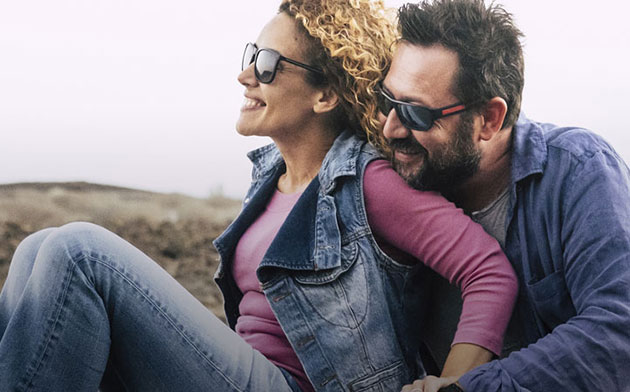 But this plunge also gave consumers the option to lock into sky-high rates on certificates of deposit that have gone unrivaled since. In August 1981, the interest rate for a 6-month CD surged to nearly 18% annual percentage rate (APY), creating an opportunity for investors to lock into extremely high rates while the inflation rate started its decline.

“If an investor timed it well, deposit returns outpaced the inflation rate, which created favorable results for savers,” said Tiffany Washington, Senior Vice President of Finance & Member Solutions at SELCO. “However, it had the opposite effect on borrowers with loan rates through the roof, hurting both consumers and businesses.”

As the economy went on a roller-coaster ride over the next three decades, certificates experienced a lot of volatility. In the early 1990s, rates were still high at about 8%, then fluctuated from about 8% all the way down to less than 2%, and finally topping out at around 4% in late 2008, before declining in earnest. By mid-2013 to late 2015, 6-month certificates hit rock-bottom, with average yields barely clearing a tenth of a percentage point.

With such a dismal recent history, it’s no wonder so many younger adults are unfamiliar with certificates. But now’s a great time for savers of any age to become better acquainted.

Certificates reward members for committing their savings for a set period, paying higher dividend rates than typical savings, checking, or money market accounts. “With the higher rate,” said Washington, “a CD provides a hedge against inflation while still offering security and peace of mind.” A minimum balance of just $500 and NCUSIF-backed insurance for up to $250,000 make them an excellent option for anyone seeking guaranteed returns without risk.

While we don’t have a crystal ball, general economic sentiment is that interest rates are likely to decline over the next year. “In a declining rate environment like this, certificates are appealing because they provide the opportunity to lock in a rate,” Washington said.

As a SELCO member, you can count on exceptional certificate rates across the board. We constantly track the marketplace and make adjustments to ensure our members are receiving the best possible dividends on certificates. In fact, SELCO’s rates typically beat those offered by other local financial institutions and big national banks alike. It’s just one more way we’re able to return value to member-owners like you.

In this environment, now may be the ideal time to consider socking away some money in a certificate. And if you have long-term savings at another financial institution, it’s a great time for an interest rate check-up against SELCO’s certificate rates. Your not-too-distant-future self will thank you.

Keep Your Investments on Track While Weathering the Inflation Storm

There are many forces working against us right now. Inflation, gas prices, and stock market woes have made investing a big challenge. But it’s wise to stick to a long-term plan while being frugal in the moment to weather the storm.

Owning a boat is a major commitment. Best to know what's in store before deciding what you're buying, when you're buying it, and how you're financing.

Is It a Good Time to Take the Homebuying Plunge?

The price of homes continues to set records. Bidding wars send the final price tag even higher. Mortgage interest rates have creeped back up. So, does buying a home now still make financial sense?