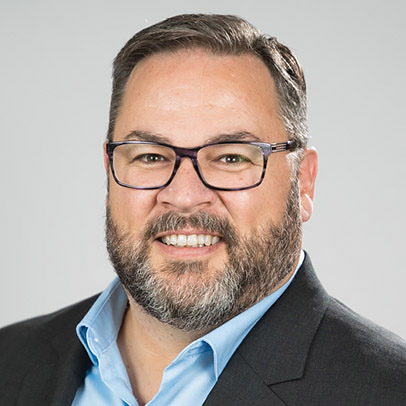 Luke Shepard was born in Oregon City and spent eight years in southern California as a young child. After moving back to the Pacific Northwest, he finally settled in Vancouver, Washington, ultimately joining SELCO’s Commercial & Business Banking team in 2021.

Luke has been in banking for several years—10 years at US Bank, another eight at Umpqua Bank, and five years at Columbia Credit Union, helping to build out the commercial banking platform there. He loves working with people and hearing their stories—and wants to be part of those stories.

Luke has two grown children and two grandchildren, one of whom was born during the pandemic, limiting the amount of time he has been able to spend with them. Luke enjoys reading non-fiction books on history and politics and has a dream of one day being on “Jeopardy.” He also enjoys hiking, walking, and berry-picking and is an avid canner and food preserver. And here’s an interesting fact about Luke: He is related to two former U.S. presidents, John F. Kennedy and James Buchanan.